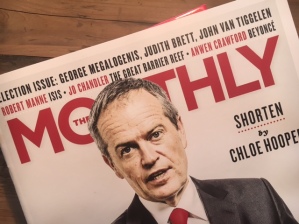 ‘We were diving in dissolving reef. The water had this terrible green ghostly quality – it was like diving in ectoplasm. It was awful. And essentially it was dying coral.” In the June edition of The Monthly I have a long piece on the devastating coral bleaching now playing out on the Great Barrier Reef. At the same time as news emerges that
the Australian Government has censored a UN report on the condition of the Reef and other iconic World Heritage sites for fear of frightening off tourists, scientists talk to me about their distress. What – if anything – can save the Great Barrier Reef? Link here. 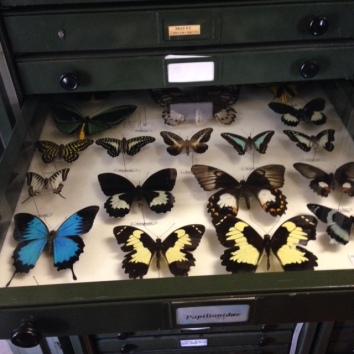 IN THE FOOTSTEPS OF WALLACE

Vojtech Novotny is a Czech entomologist who first travelled to Papua New Guinea 20 years ago. He came for the insects. He stayed for the people. Having heard much about him over the years, it was a thrill to visit his laboratory and field sites in Madang. The profile I’ve written is published in the December/January edition of Cosmos Magazine. He talks about his scientific journey, and his reflections on the precarious fate of the PNG tropical forests. Link is here.

THE MONTHLY MAGAZINE: MAY 2015 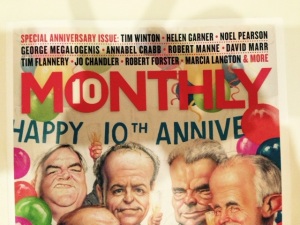 ‘You are very atypical for a human.’ This was the verdict of the microbiology team which evaluated the microbial population in my gut. This article for the special 10th anniversary edition of The Monthly explores the exploding medical frontier of the microbiome, ‘a seething ecosystem that has to be kept in balance and fed and maintained’. In the past few years new technology has delivered the step change equivalent of a telescope to explore our microbial dark matter, finally allowing science to begin to understand its potentially profound influence on our health and wellbeing. Now unlocked! You can find it here: https://www.themonthly.com.au/issue/2015/may/1430402400/jo-chandler/gut-feelings 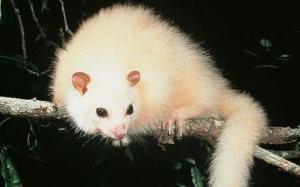 GHOST OF THE CLOUD FOREST

(UPDATE: This story will be republished by New Scientist in September 2016 as part of their ‘Best Of’ series ‘Living Planet‘.)

In this feature for New Scientist, I join a team from James Cook University which is closely monitoring the impacts of climate change in Far North Queensland’s ancient cloud forests. We enter Australia’s lost world of species marooned by evolution to meet one of its rarest, a creature uniquely vulnerable to climate change – the white lemuroid possum, the endangered polar bear of the tropics. (Sorry, subs required)- Link here 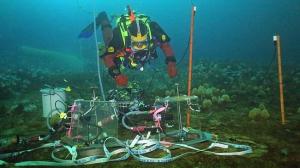 Continuing my long interest in Antarctic field science, this report explains an epic and challenging experiment under the Antarctic ice. The team set up chambers on the sea floor near Casey station in an effort to monitor the impacts of ocean acidification in the polar regions, where it is expected to feel the ecological impacts of these changes in ocean chemistry hard, fast and soon. This is an icy variation of the same experiment I witnessed on Heron Island on the Great Barrier Reef a couple of years ago, and reported for The Age. (See report below.)  And for an update on how it all went, see this report by the Australian Antarctic Division.

(UPDATE: IN APRIL/MAY EDITION OF COSMOS MAGAZINE, AN EDITED AND UPDATED VERSION OF THIS STORY: SOLVING THE MYSTERY OF THE LAUGHING DISEASE.)

After 55 years, the final patrol for cases of the mysterious ‘laughing death’ in remote Papua New Guinea has returned from the highlands. From this pursuit came Nobel-winning science, clues to ‘mad cow’ and insights into Alzheimer’s disease. It also revealed a little bit of cannibal hidden in us all. 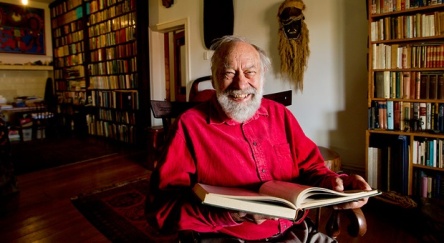 ‘The father, or a close relative, would hold the head, and I would take the top of the skull off with a bone handsaw. It would take maybe 20 minutes… like cutting an avocado. I would go to particular parts of the brain… take out small cubes … Then I’d take the whole brain out and put it in a bucket full of formalin and cotton wool so it wouldn’t be deformed. Then I put the skull cap back on, and sewed up. Then we said goodbye… gave everyone a hug, and took off. I did this five times. It was enough.” 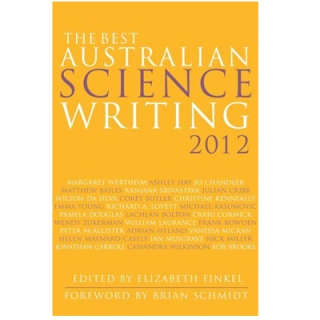 ‘Today I begin a journey south, deep south, abandoning family to share a pure, white Christmas with a group of strangers at the end of the earth. A place with no economy, no shopping crowds, no shortage of parking, no avenues of glass-encased, climate-controlled malls. A place where the natural breath and pulse of the planet can still be felt. First a plane to Hobart, then another to Antarctica, climbing down into the high latitudes until the lines of longitude converge and we fall off the map defining the habitable world.’

– Judges’ Commendation: ‘Masterful narrative, which transformed science from a stultifying polemic to an engaging personal story’.

‘At the mid-way point of this season’s planned 95 hours of survey, ”we are seeing a lot fewer whales than last year,” says (Dr Natalie) Kelly. ”Perhaps it is because the sea ice is incredibly dense this year outside Casey. We’re also seeing a lot fewer penguins in the water and on ice floes, which may relate to the krill population – perhaps the peak has been delayed or it’s not in the levels it has been in the last couple of years. Last year we saw 40 minkes in one area alone and loads of penguins. Definitely something’s going on, but as we’re not measuring krill or penguins directly, we can only really infer from what we are seeing.”’

To read the full story: http://www.theage.com.au/national/frontier-scientists-track-whales-in-the-ice-20100103-lnbi.html#ixzz2cxfw5ZrS

‘The Heron Island experiment assumes a future with seawater twice as acidic as today, a more conservative take than published business-as-usual scenarios, which put the increase at 150 per cent by 2100. The question scientists are racing to answer is what a more acidic environment will mean for the tiny shelled zooplankton on which the marine food chain depends, and for the skeletons corals build into reefs.’

To read the full story: http://www.theage.com.au/environment/climate-change/underwater-lab-the-first-to-plot-impact-of-climate-change-on-reefs-20100523-w3z7.html#ixzz2cxiPKMLt